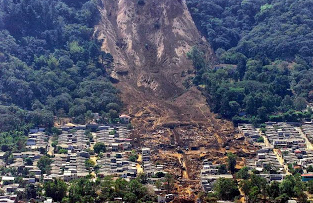 Panic ensued as people spilled out on the street after the quake struck at 8:12 a.m. It was centered about 33 kilometers (20 miles) below the town of Carmen on Bohol Island, where many buildings collapsed, roads cracked up and bridges fell. 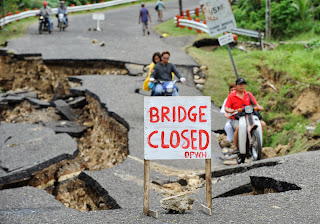 Extensive damage also hit densely populated Cebu city, across a narrow strait from Bohol, causing deaths when a building in the port and the roof of a market area collapsed.
The quake set off two stampedes in nearby cities. When it struck, people gathered in a gym in Cebu rushed outside in a panic, crushing five people to death and injuring eight others, said Neil Sanchez, provincial disaster management officer. Eighteen others were injured in a scramble to get out of a shaking office building in another city.
At least 16 people died in Bohol and 15 in Cebu, officials said. Scores were injured.
"We ran out of the building, and outside, we hugged trees because the tremors were so strong," said Vilma Yorong, a provincial government employee in Bohol. 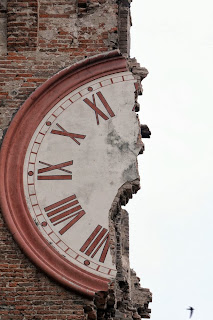 "When the shaking stopped, I ran to the street and there I saw several injured people. Some were saying their church has collapsed," she told The Associated Press by phone.
As fear set in, Yorong and the others ran up a mountain, afraid a tsunami would follow the quake. "Minutes after the earthquake, people were pushing each other to go up the hill," she said.
But the quake was centered inland and did not cause a tsunami.
Offices and schools were closed for a national holiday — the Muslim festival of Eid al-Adha — which may have saved lives. The earthquake also was deeper below the surface than the 6.9-magnitude temblor last year in waters near Negros Island, also in the central Philippines, that killed nearly 100 people. 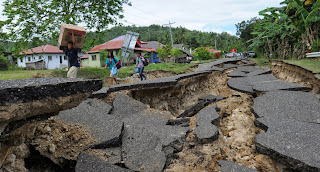 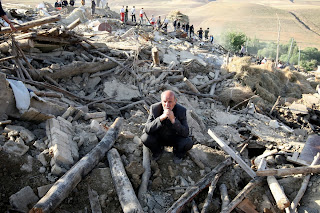 Aledel Cuizon said the quake that caught her in her bedroom sounded like "a huge truck that was approaching and the rumbling sound grew louder as it got closer."
She and her neighbors ran outside, where she saw concrete electric poles "swaying like coconut trees." It lasted 15-20 seconds, she said. 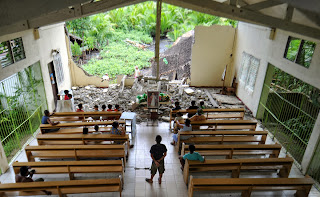 Cebu city's hospitals quickly evacuated patients in the streets, basketball courts and parks.
Cebu province, about 570 kilometers (350 miles) south of Manila, has a population of more than 2.6 million people. Cebu is the second largest city after Manila. Nearby Bohol has 1.2 million people and is popular among foreigners because of its beach and island resorts and the Chocolate Hills. 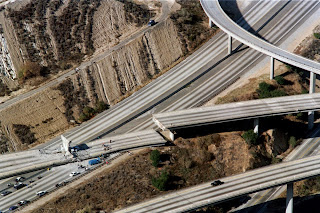 Many roads and bridges were reported damaged, but historic churches dating from the Spanish colonial period suffered the most. Among them is the country's oldest, the 16th-century Basilica of the Holy Child in Cebu, which lost its bell tower.
Nearly half of a 17th-century limestone church in Loboc town, southwest of Carmen, was reduced to rubble.
President Benigno Aquino III said he would travel to Bohol and Cebu on Wednesday. 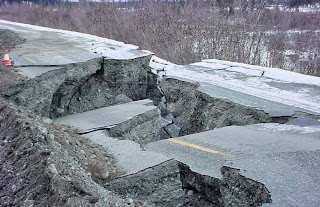 Regional military commander Lt. Gen. Roy Deveraturda said that he recalled soldiers from the holiday furlough to respond to the quake. He said it damaged the pier in Tagbilaran, Bohol's provincial capital, and caused some cracks at Cebu's international airport but that navy ships and air force planes could use alternative ports to help out.
Passenger flights resumed later Tuesday after officials checked runways and buildings for damage. 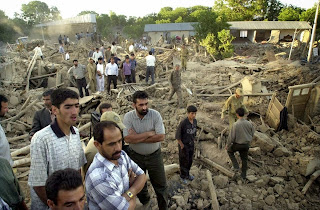 Is Your City Ready to Join the Internet of Things? (Op-Ed)

New York City's Central Park, which covers 843 acres, or 6 percent of the total acreage of Manhattan.
Credit: Central Park, NYC image viaShutterstockView full size image Michael Dixon, is general manager for IBM's global smarter cities business where he leads IBM's vision, strategy and operations for helping cities apply analytics, mobile, cloud and social technologies. He contributed this article to Live Science'sExpert Voices: Op-Ed & Insights. The so-called Internet of Things has passed from future-world fantasy to present-day reality, showing up on fridges, cars and even people. Clip-on fitness monitors like FitBit, Jawbone and Cityzen's sensor-embedded fabrics give average citizens an easy way to monitor their health and share progress with friends or even track their favorite pro athlete. The health of our cities shows similar potential. Urban planners are recognizing a growing list of ingenious ways to put connected devices to work to ease life in urban ce… 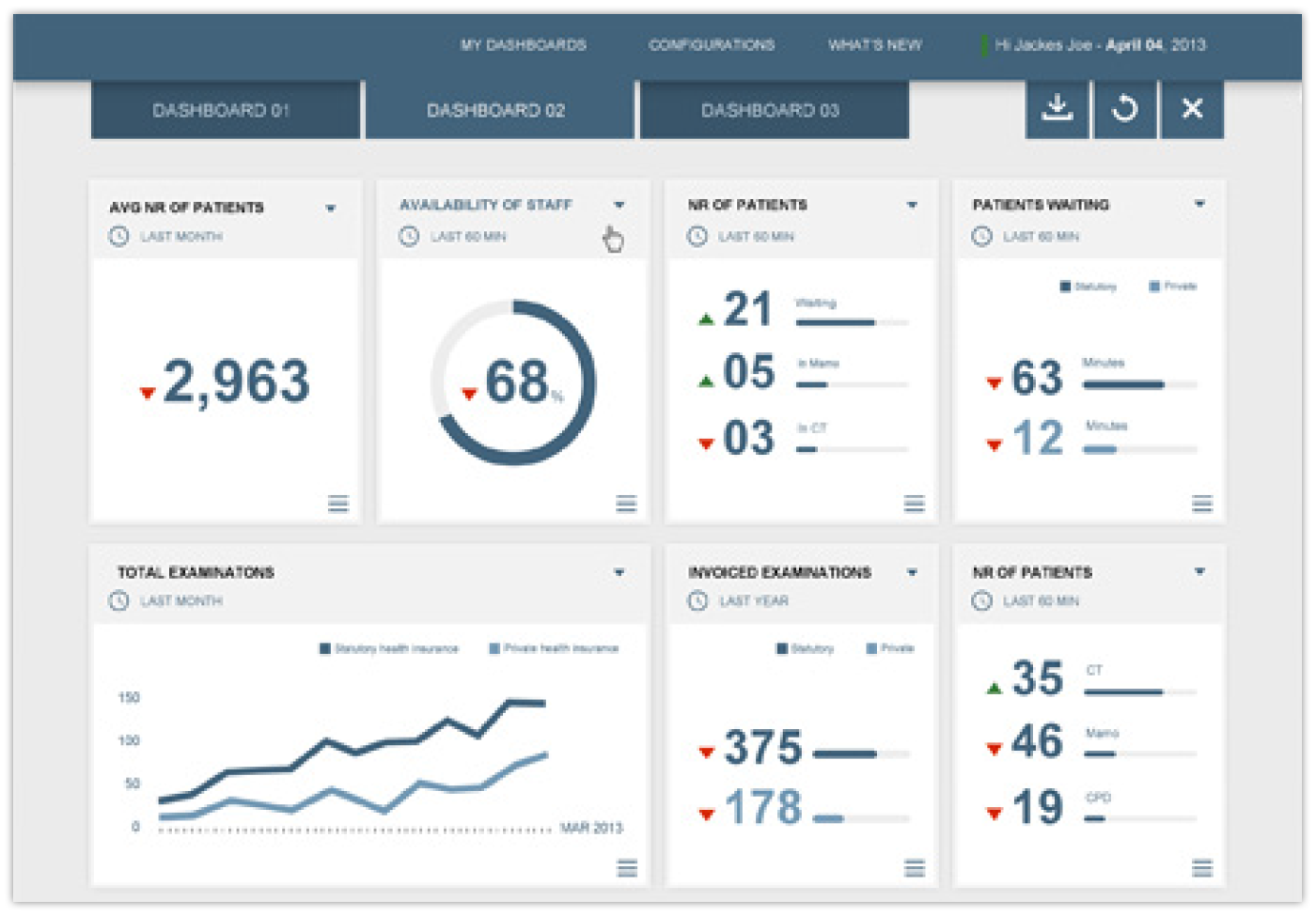